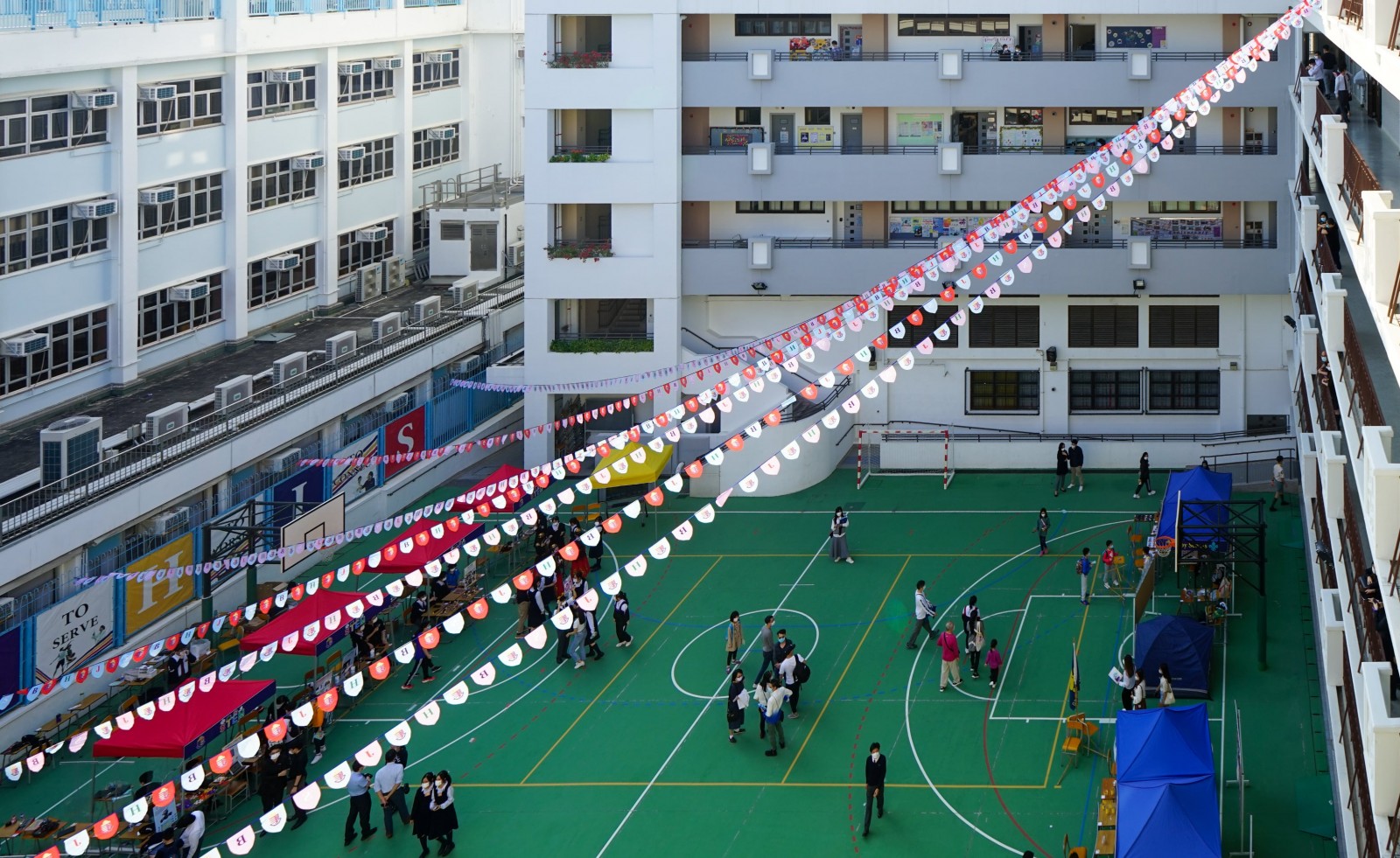 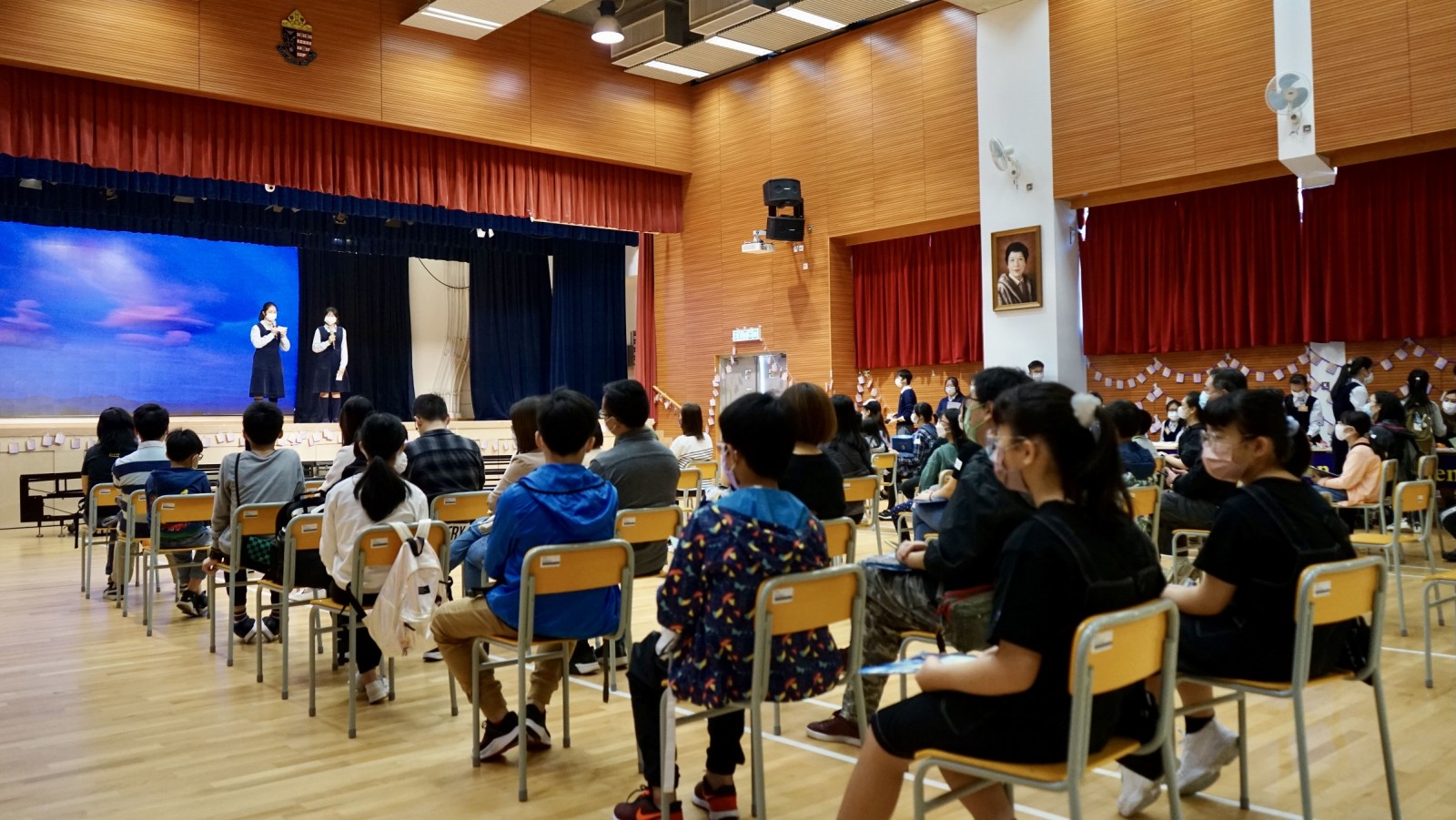 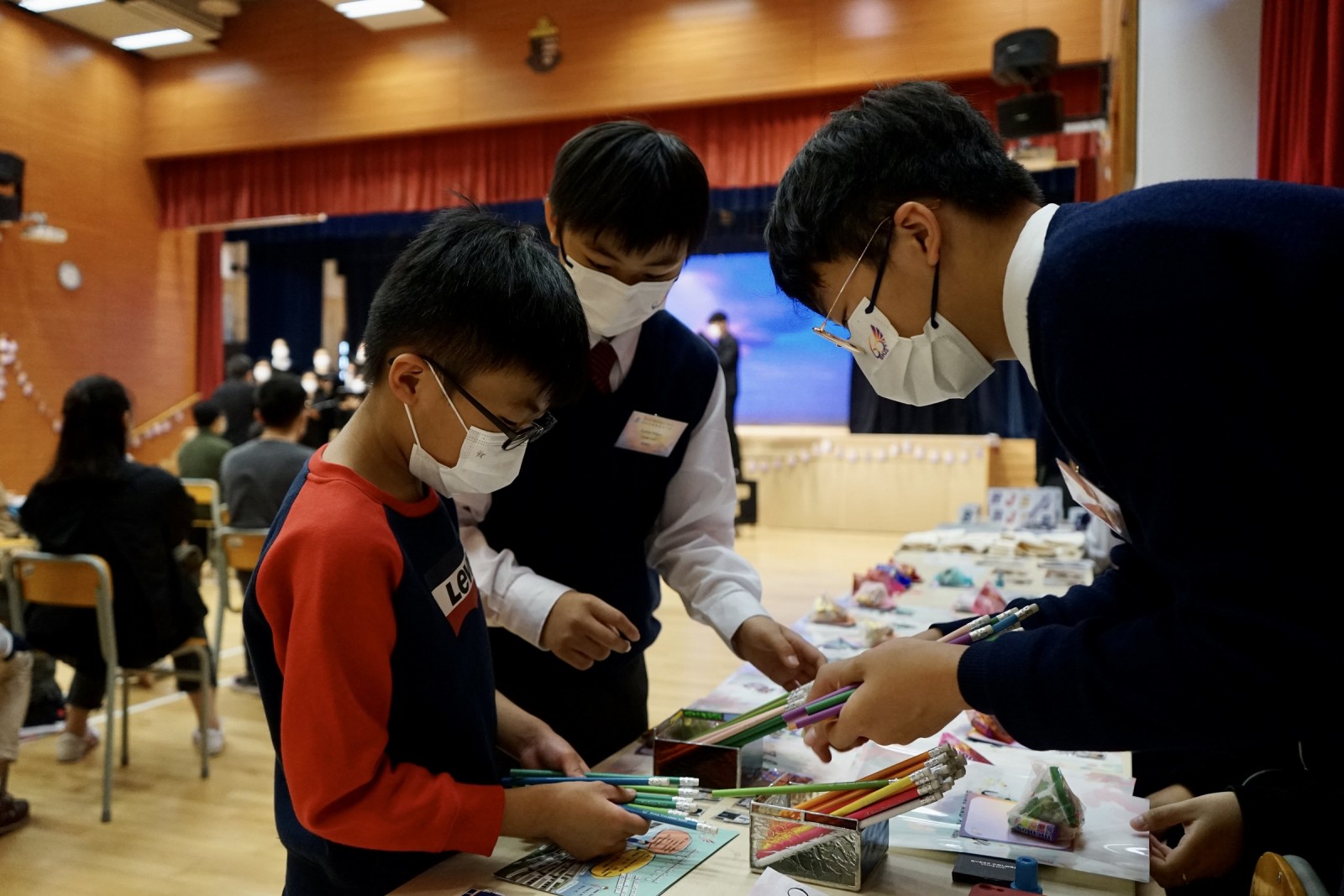 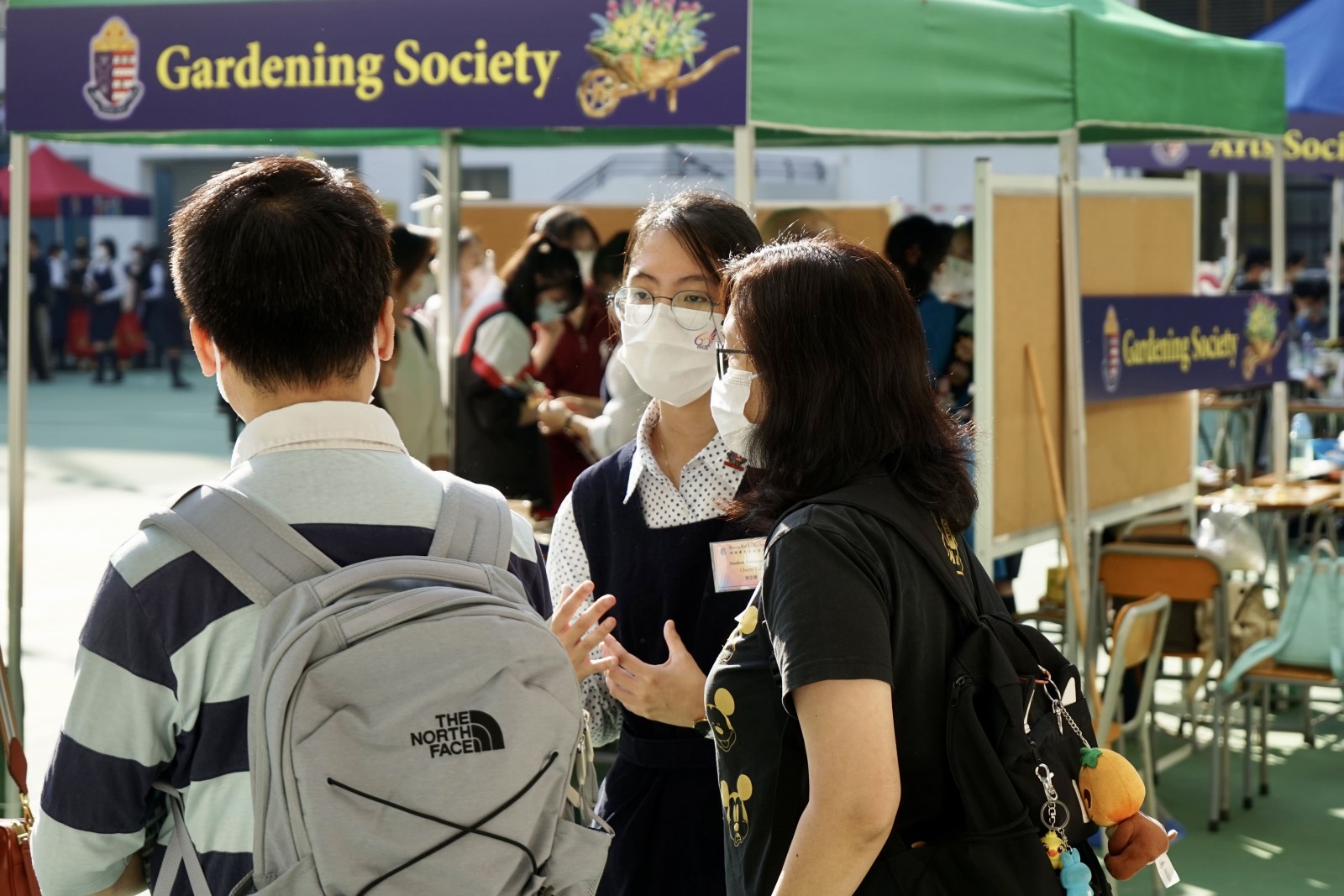 Jubileans had a meaningful and wonderful time with our visitors, teachers, and peers on the 60th Anniversary Open Days (11th and 12th December) despite the limited number of guests invited under the COVID social distancing preventive measures.

Hoping to show hospitality to the visitors and make them feel at home, all Jubileans rehearsed for the Open Days tirelessly. While student ambassadors were practising the tour guide script, the dance team and choir were rehearsing for their performances. Meanwhile, the janitors, teachers and other student helpers set up the booths to ensure both children and parents enjoyed their afternoon at BHJS.

On the first day of the Open Days, Jubileans were a bit anxious, yet excited in the beginning, as it was one of the grandest offline school events they had ever experienced after two years of strict measures under the COVID pandemic. Nonetheless, when the first batch of guests arrived, they greeted and chatted with them in a professional manner.

The tour began after the families watched the choir and dance performances. The ambassadors introduced the major facilities to parents, such as the canteen, the library, the Alopen Chapel, and the newly renovated Performing Arts Room. During the tour, parents watched a spectacular 5-minute play, “The Curse of the Church Bell”, written and performed by our English Drama Team. They also listened to the core subject teachers’ sharing on the junior form curriculum as well as their teaching experiences at BHJS. The tour ended with a Q&A session hosted by the school’s senior management team.

While the parents were shown around the campus, kids had fun at the booths and labs. The clubs and societies had prepared a lot of creative activities and games for the kids. Children received their BHJS temporary tattoos designed by the STEM Society; the Scouts designed some bean bag games for the youngsters; the Art Society taught children to combine modern calligraphy with a watercolor background; the guests particularly loved their wrist corsages, mini bouquets and hairbands made by the Gardening Society. On Sunday, the school invited a coach to teach skateboarding. Not only did the kids have fun during this session, but our teachers also had a great time skateboarding on campus!

The children were given a stamp after visiting each checkpoint. Before the families left, they redeemed the stamps for mini gifts prepared by the Student Union. Of all the gifts, the kids loved the Christmas cards the most! Available in four designs, each Christmas card features an anime figure dressed in BHJS’s PE uniform. The four figures on the card signify the four Houses of BHJS, namely the Green, Blue, Red and White Houses. Besides the Christmas cards, the guests also received other souvenirs, such as purple BHJS notebooks and BHJS tote bags. 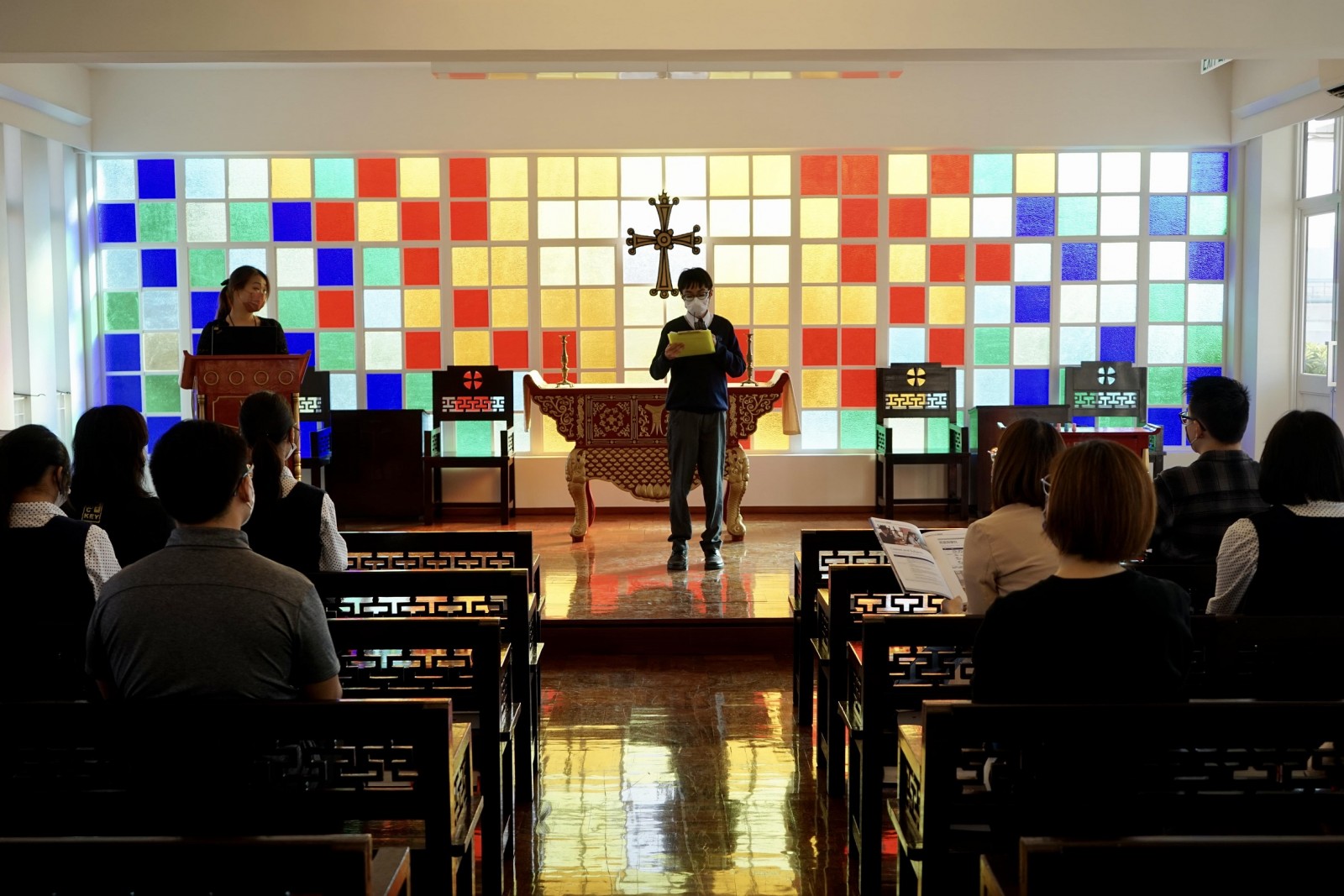 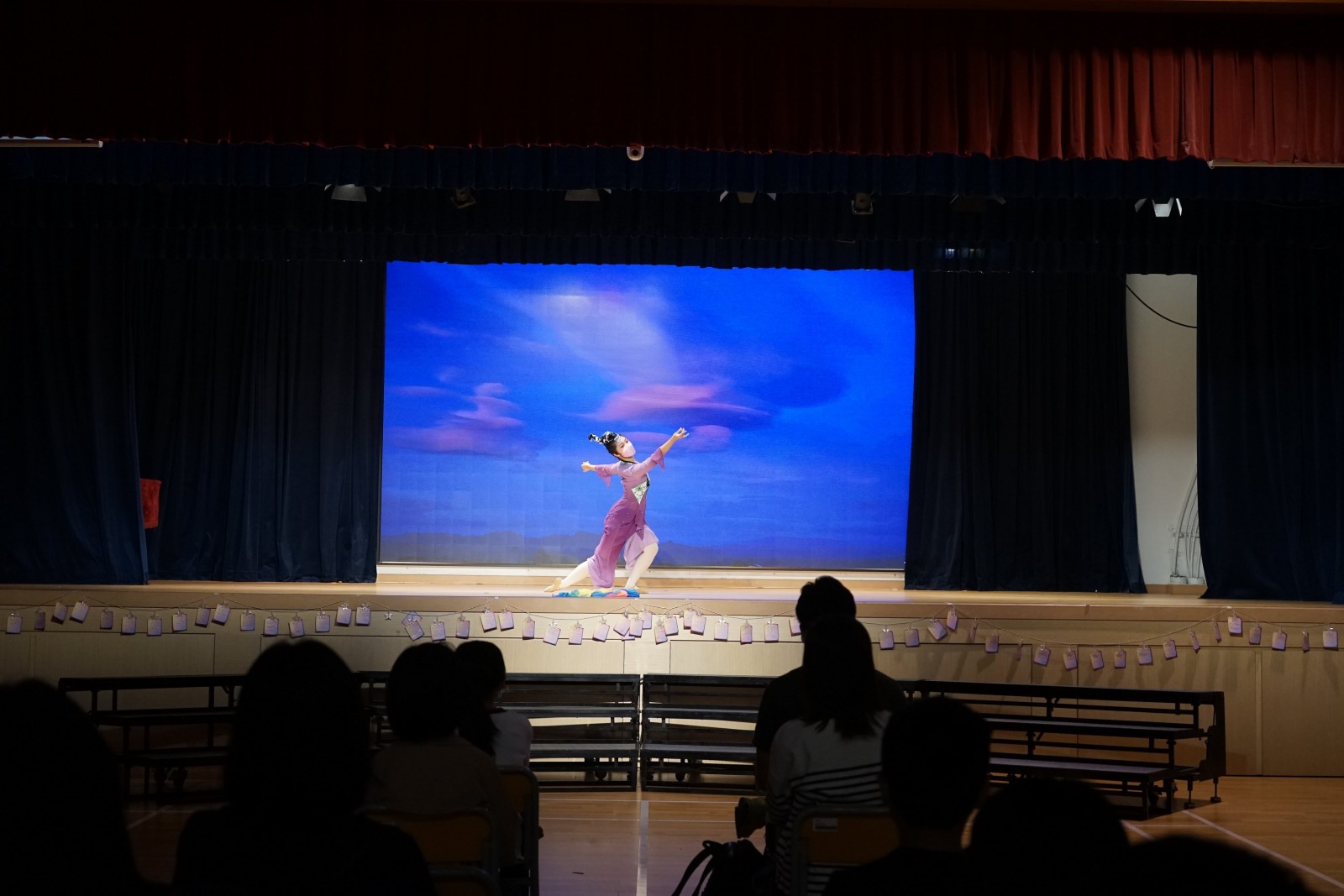 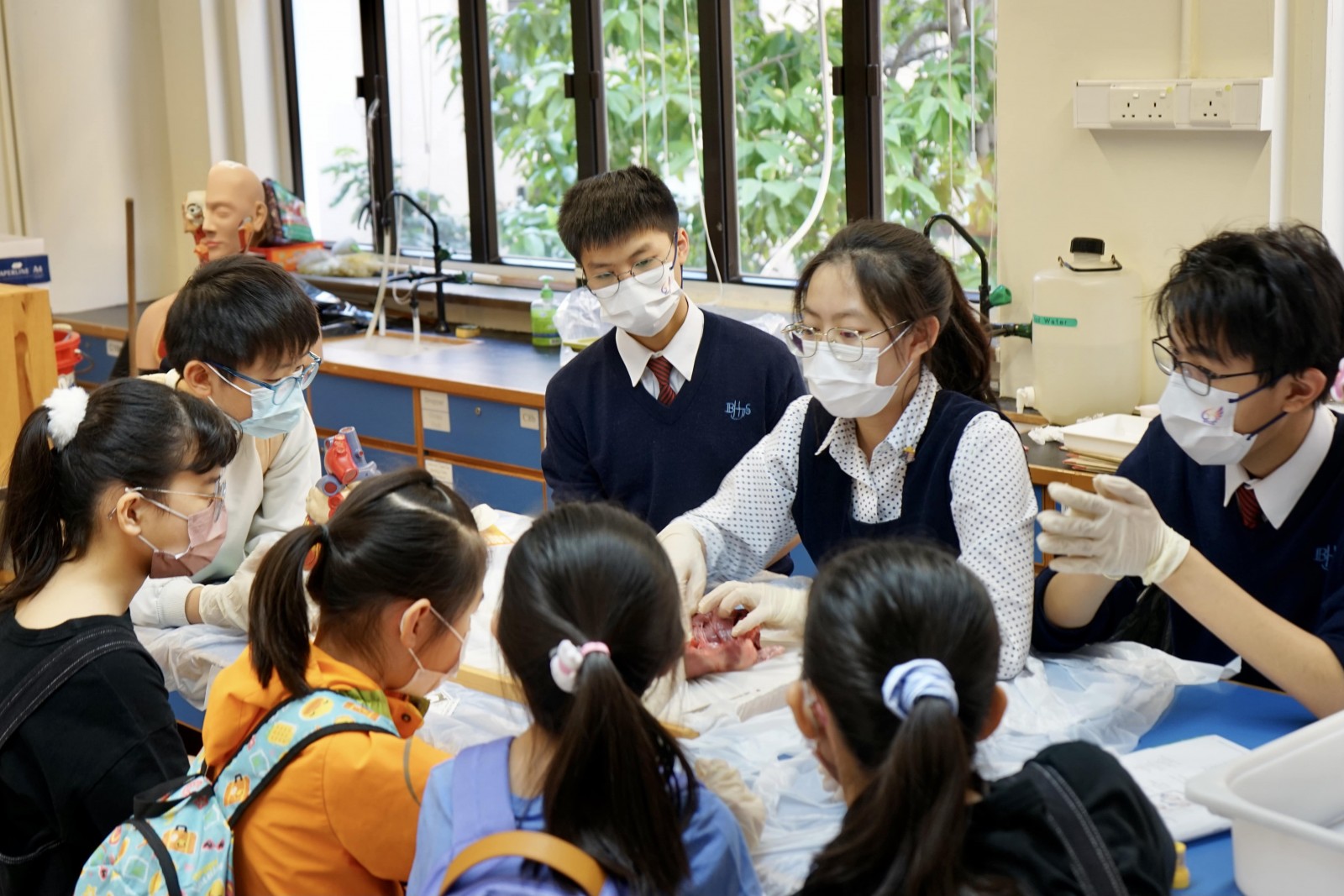 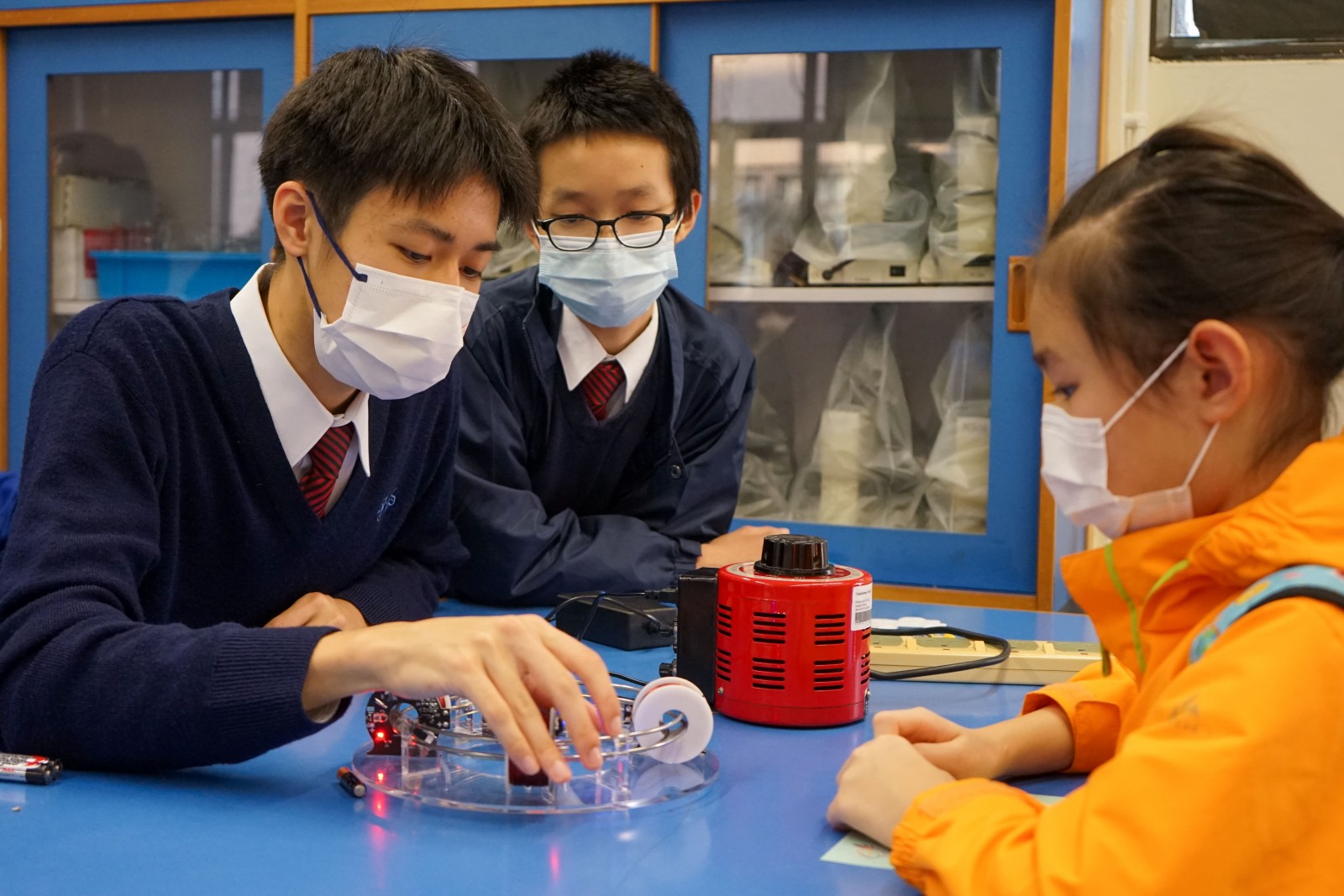 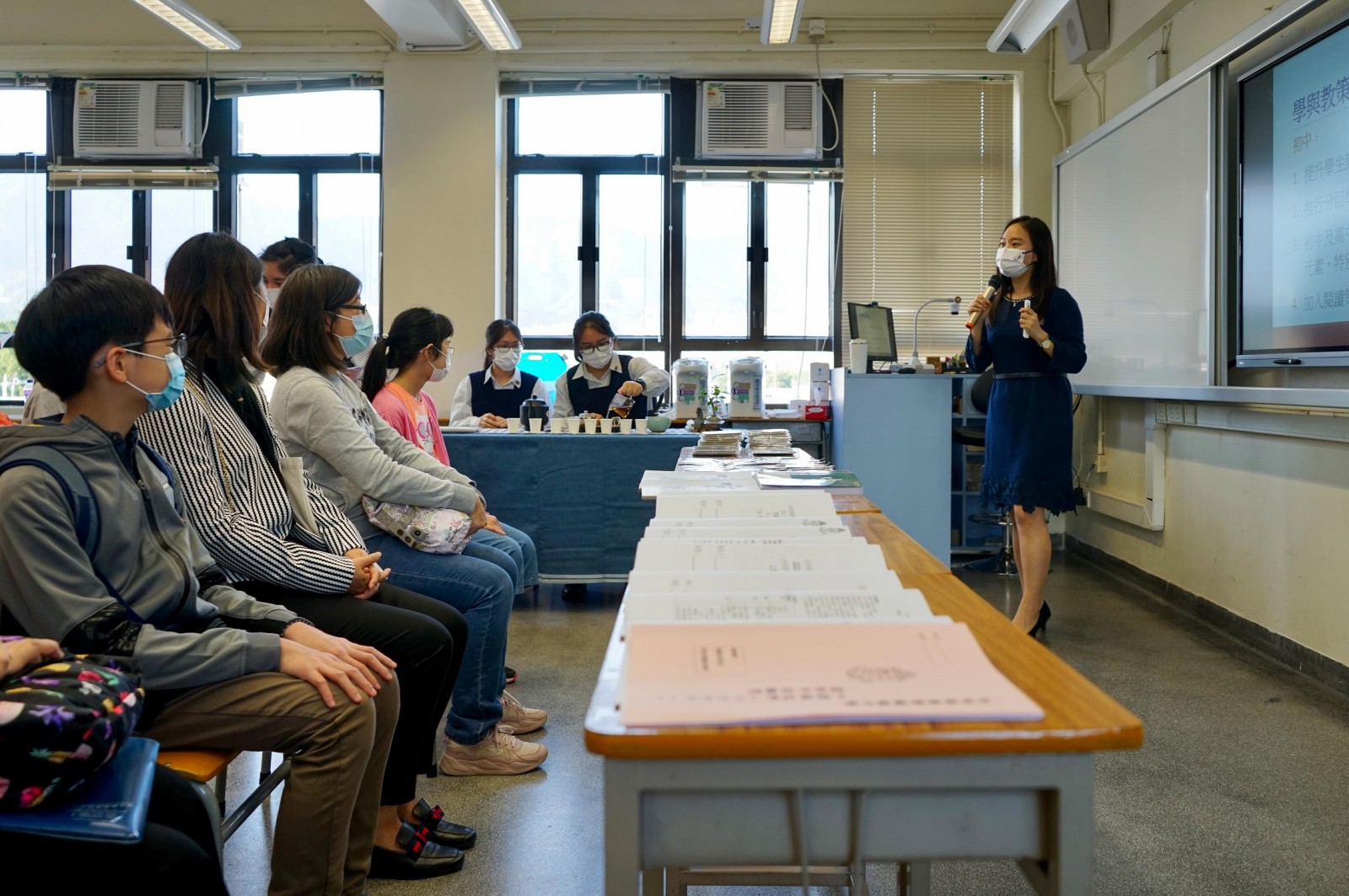 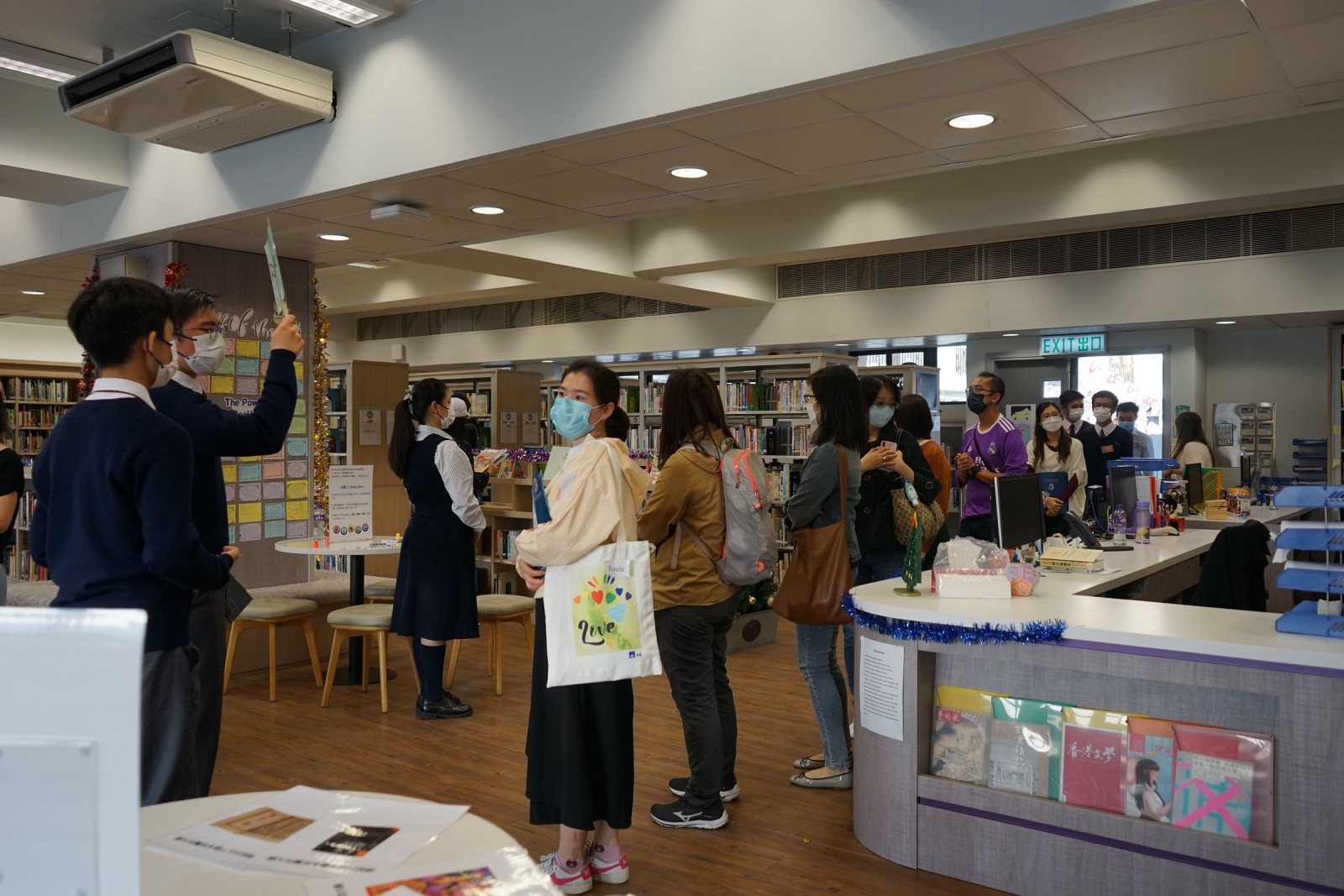 Parents were amazed by the confidence of our young ambassadors! Indeed, they were surprised that the Form Two students could solve problems and respond to their questions efficiently and courteously. What’s more, Jubileans’ prompt reactions to unexpected events on the Open Days not only reflected their strong improvisational skills, but they also perfectly illustrated the Jubilean spirit – unity. On Sunday morning, a group of families suddenly arrived three hours earlier than the scheduled time. Given that the facilities weren’t available and teachers hadn’t arrived at school yet, the ambassadors took on the responsibility of taking care of the visitors and immediately designed a special tour for them. The families expressed their gratitude to the Student Ambassadors for their warm reception afterwards.

The Open Days finally came to a perfect end. Exhausted yet satisfied, all the ambassadors, prefects and student helpers stayed at school until the lights went out. We are grateful to have received such positive feedback from the public. With concerted efforts, mutual support and encouragement, plus Jubilean spirit, the 60th Anniversary Open Days concluded successfully!