School Hymn of Bishop Hall Jubilee School, “Jerusalem”, is an adapted version from a piece under the same name, composed by an English composer, Sir Charles Hubert Hastings Parry. The lyrics was taken from William Blake's poem "And did those feet in ancient time" which is included in the preface to his book Milton a Poem. Several lines were edited to fit our school when it was adapted.

Parry was an English composer, teacher and historian of music. Born in Richmond Hill in Bournemouth, Parry's first major works appeared in 1880. As a composer he is best known for the choral song "Jerusalem", his 1902 setting for the coronation anthem "I was glad", the choral and orchestral ode "Blest Pair of Sirens", and the hymn tune "Repton", which sets the words "Dear Lord and Father of Mankind". 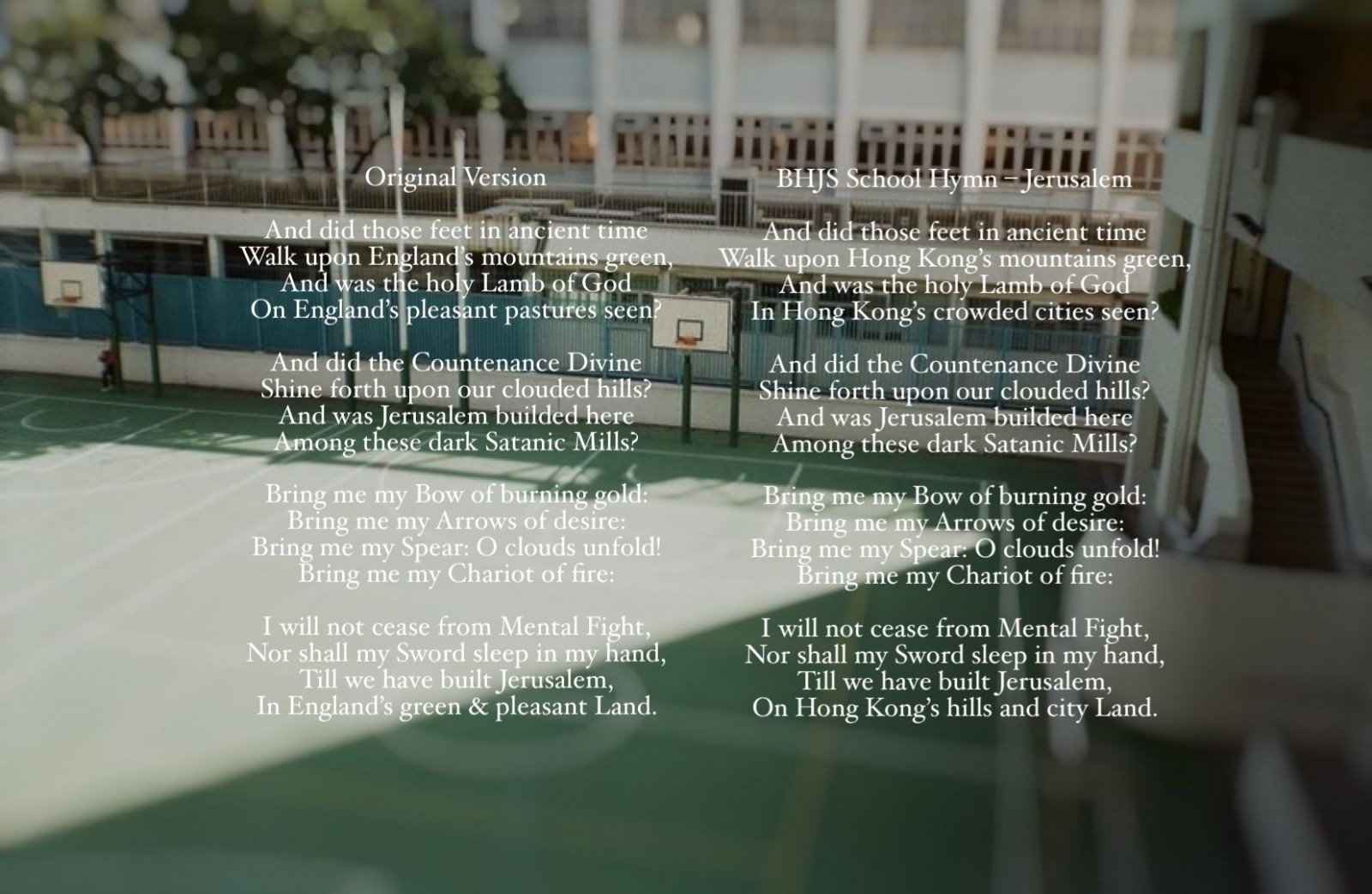