An inspiring sharing of 'Dialogue with CEOs and Entrepreneurs' was organized by the Careers and Life Planning Education Committee and the Student Union during F.4-F.5 School Assembly on 30 June 2022. Mr. Michael Kwok, the chairman of Arup East Asia, was invited to share his career journey as a dedicated engineer. Mr. Kwok was responsible for the engineering design of a number of well-known buildings, such as the Hong Kong International Airport, the Hong Kong University of Science and Technology, the West Rail and key elements of the Beijing 2008 Olympic Games, including the National Stadium (The Bird’s Nest) and Beijing Capital International Airport Terminal 3.

More importantly, Mr. Kwok encouraged our students to participate in any sport teams so as to develop one's team spirit, interpersonal communication skills and lead a balanced lifestyle. He also shared the importance of positioning oneself among different roles in life. For example, he learns how to perform as a player of the soccer team while a company leader at work. Our students benefited a lot from it. 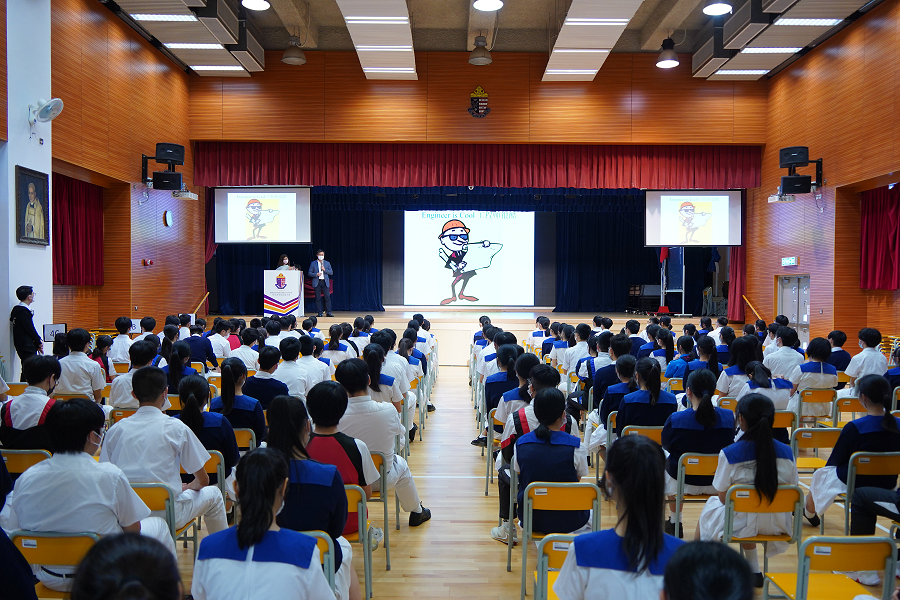 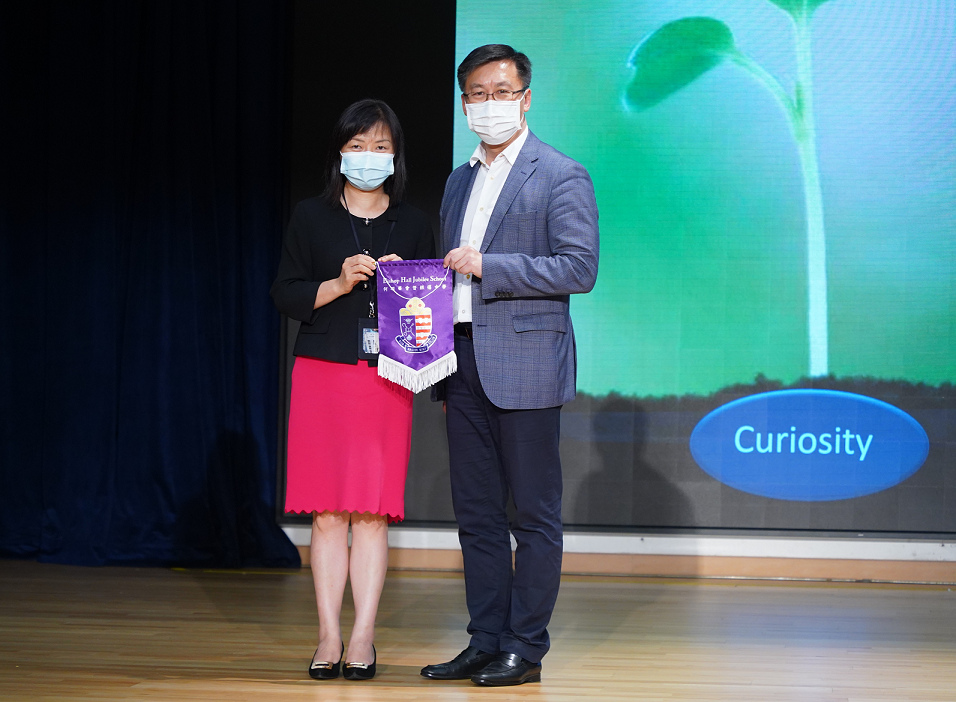 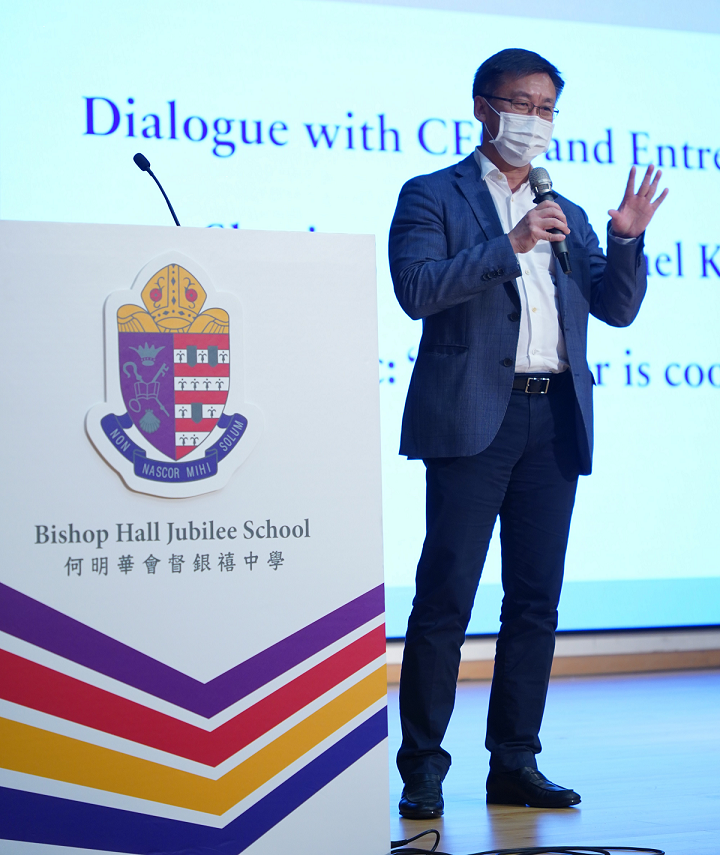