Established in 1985, the Hong Kong Outstanding Students Award is one of the most recognized and prestigious awards for secondary school students in Hong Kong. Organized by the Youth Arch Foundation and fully supported by the Lion & Globe Educational Trust, the award aims to encourage promising students with outstanding academic, extra-curricular and community service achievements, and morality.

Wing Yung was also one of the winners of Hok Yau Club Outstanding Student Leaders Award. Over the years, more than 200 secondary schools and over 4,000 secondary school students participated in this event which is highly recognized by the academic community. Participants can improve themselves through leadership training and cultivate different leadership qualities. 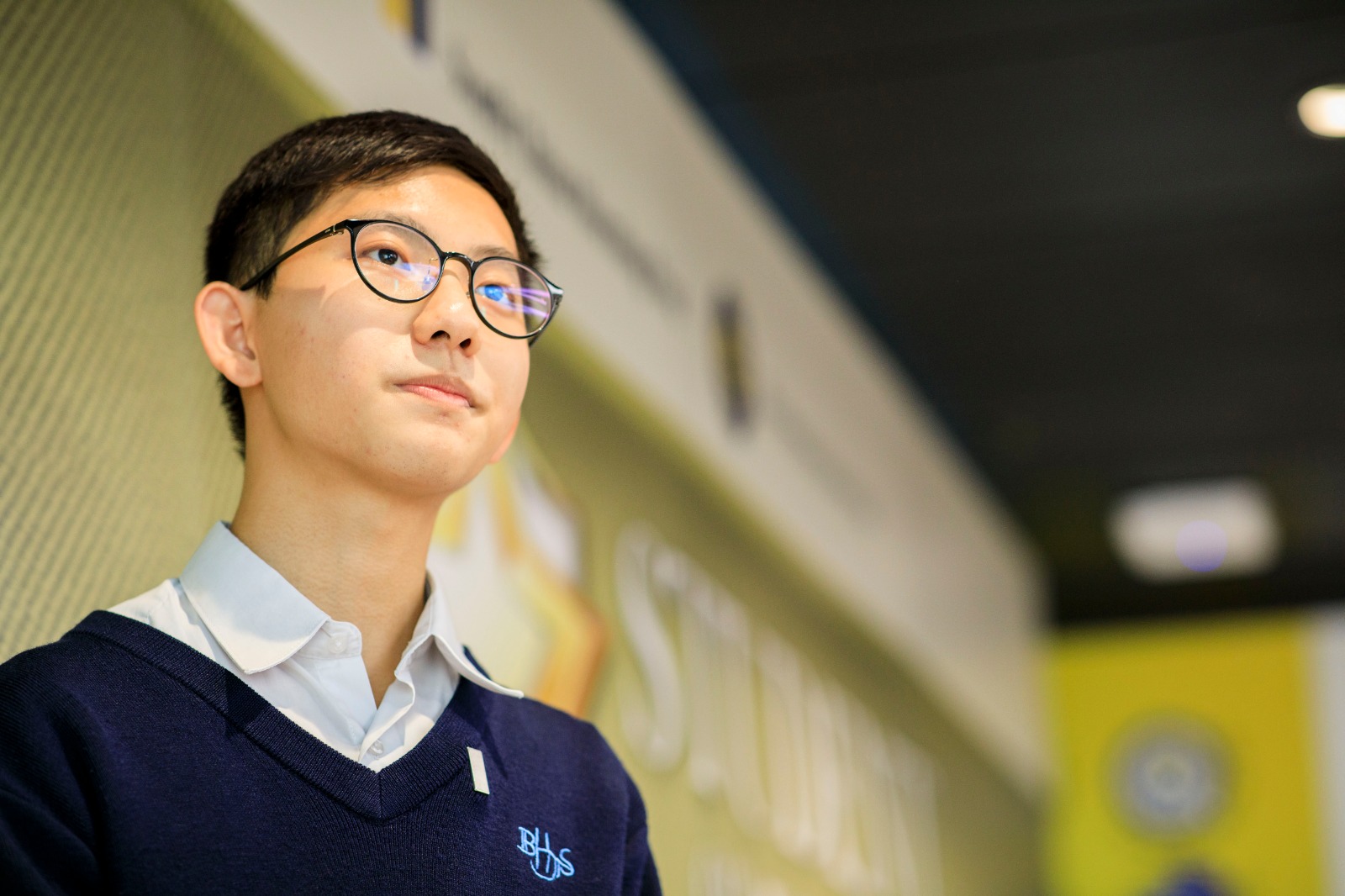 Lin Kai Chun’s excellent language proficiency is highly recognized and won him the highest award in a national writing competition.

In 2018-19, he competed at the national finals of the China Secondary Schools Essay Writing Competition and brought back the Heng Yuan Xiang Literature Star Award in the junior division and the Best Performance Award. First held in 2005, the competition has attracted nearly tens of millions of secondary school students from various regions across the country each year. It is now the most influential and the largest cultural event in the country’s education sector.

In 2020-21, Lin Kai Chun won the Hong Kong Champion in the Basic Law Quiz Competition, the First Runner-up in the Nation Knowledge Quiz Group Competition, and the Hong Kong Champion in ‘My Interfaces with the Belt and Road Initiative’ Integrated Skills Competition. His enthusiasm in service and leadership abilities were recognized as he was awarded the Student of the Year Award in the “Community Contributor” category, the Future Star Scholarship, Hong Kong's Top Ten Outstanding Secondary Student, and 2021 Hong Kong Outstanding Teen. As the Capitan of the Chinese Debating Team, he led his team to bring back the Champion of the Anti-Coronavirus Cup and the Second Runner-up of the CUHK United College Cup. His achievements in various areas have been highly acknowledged. As one of the most outstanding students in Hong Kong, he has been interviewed dozens of times by newspapers and radio stations in the past few years. 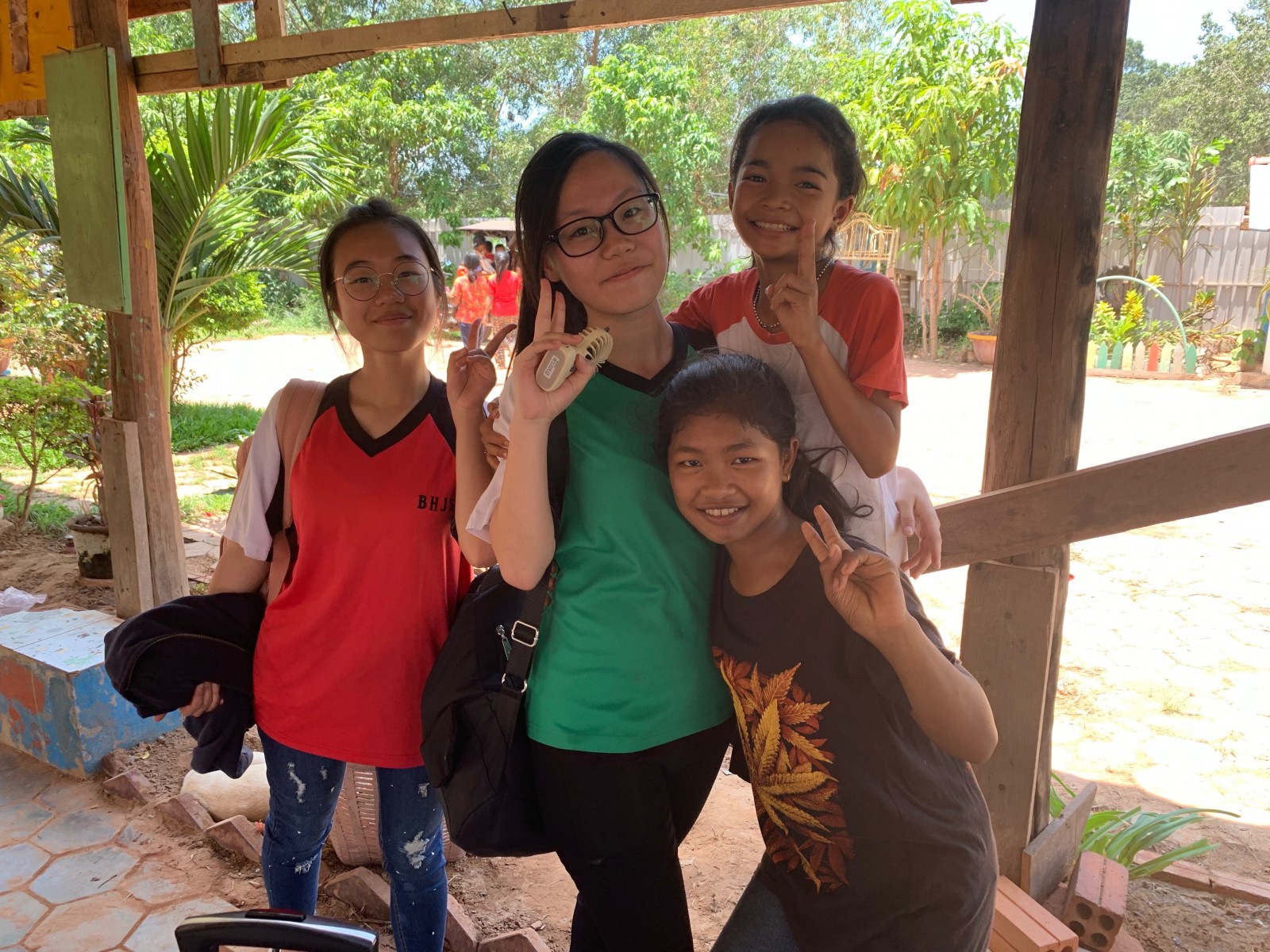 2020 graduate Or Ka Ying was admitted to the Chinese University of Hong Kong, majoring in the Chinese Language and Literature programme. For many years, she has put the school motto ‘I am not only born for myself’ into practice, participating in various community services. She has organized numerous volunteer services in Hong Kong and has served as the Chairlady of the Hong Kong Student Welfare Network. She has also taken part in various overseas service projects, such as volunteer teaching in Qingyuan mountain areas, the Taipei Hsinchu Service Exchange Tour organized by the Chinese University of Hong Kong, the Vietnamese slum service, volunteer teaching in Cambodia, etc. She also founded the joint school international student aid organization ‘Dream Compassioners’ and served as the Chairlady of the first Executive Committee, giving a helping hand to students in need around the world. She was selected as the South China Morning Post's Student of the Year in the ‘Community Contributor’ category. Dream Compassioners was also shortlisted for the 9th Hong Kong Volunteer Award.

Added to this, Ka Ying was an all-round student who excelled in different areas. She won Gold Awards in Schools Dance Festivals and Hong Kong Open Dance Competition. She also competed in the World School Debating Championships in Malaysia, where she was awarded the Best Debater. She is now serving as the coach of the BHJS Chinese Debate Team.

In 2020, Ka Ying was awarded the Multi-faceted Excellence Scholarship (MES) by the Home Affairs Bureau. She was one of the five awardees in the Community Service category of this scholarship. As an awardee of the MES, she was granted the priority for conditional university admission, and will get the full-tuition coverage for her four-year university study. Additionally, she brought back the 30th Outstanding Student Service Award. She was also shortlisted for the final election of Hong Kong's Top Ten Outstanding Tertiary Students Election. Ka Ying’s leadership capabilities and contributions to the community were highly recognized. 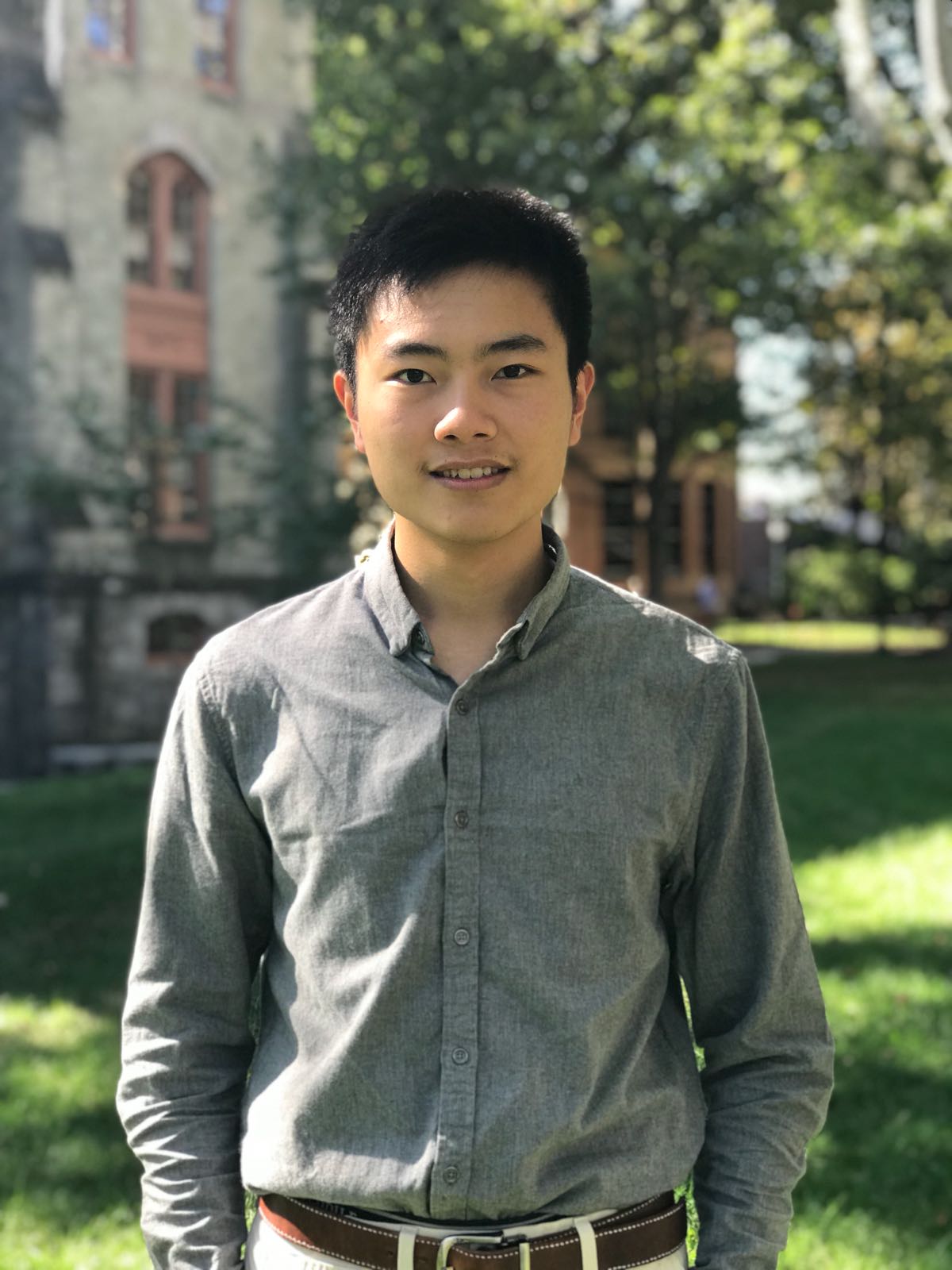 As a gifted child, 2017 graduate Henry Hung once had a terrible temper but through reading, he not only refined his temperament, but also developed excellent writing skills which won him several awards at language competitions such as Champion of the Elite Student Competition in Chinese Language and First Class Award and Literature Star Award of the China Secondary Schools Essay Writing Competition.

In 2015-16, Henry won the Hong Kong Outstanding Students Award. Organized by the Youth Arch Foundation and fully supported by the Lion & Globe Educational Trust, the award aims to encourage promising students with outstanding academic, extra-curricular and community service achievements and conduct. Since 1985, it has been one of the most recognized and prestigious awards for secondary school students in Hong Kong.

In 2017, Henry was awarded the Hong Kong Scholarship for Excellence, which is presented by the HKSAR government to support outstanding local students to pursue further studies in world-renowned universities outside Hong Kong. Henry was then admitted to the University of Pennsylvania, one of the Ivy League universities in the US, to study Bachelor of Arts. 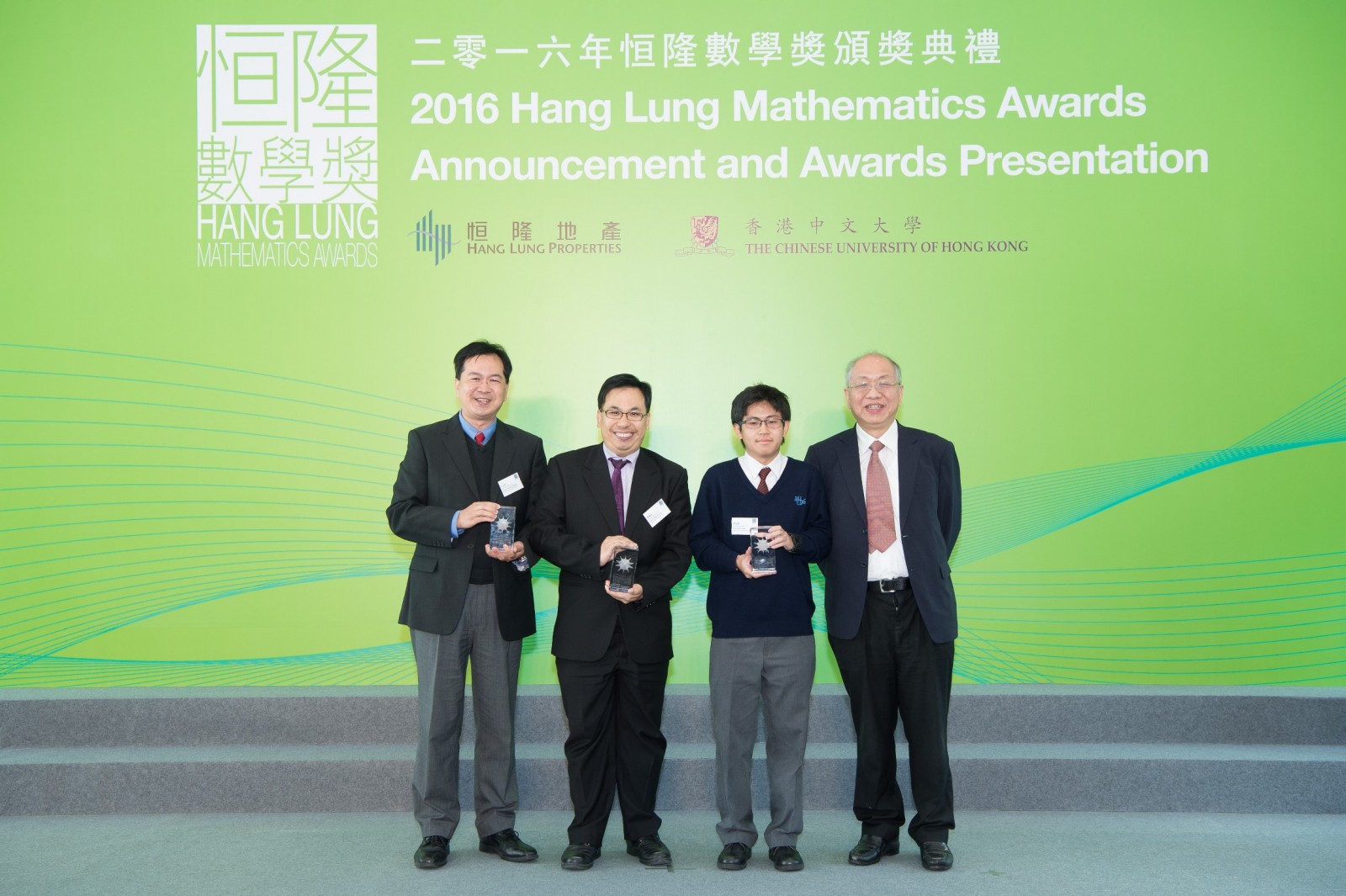 Despite his heavy study workload, 2016 graduate Leung Sun Kai Ken spent two years completing his research paper titled “On the Summation of Fractional Parts and its Application” and was crowned the winner of the Gold Award at the 2016 Hang Lung Mathematics Awards.

About 240 students from 60 secondary schools formed nearly 80 teams to take part in the 2016 competition. The award’s Scientific Committee evaluated the research reports in a process modelled after the publication of papers in scientific journals. Ten finalists were selected for the oral defense modelled after the doctoral degree defense process. 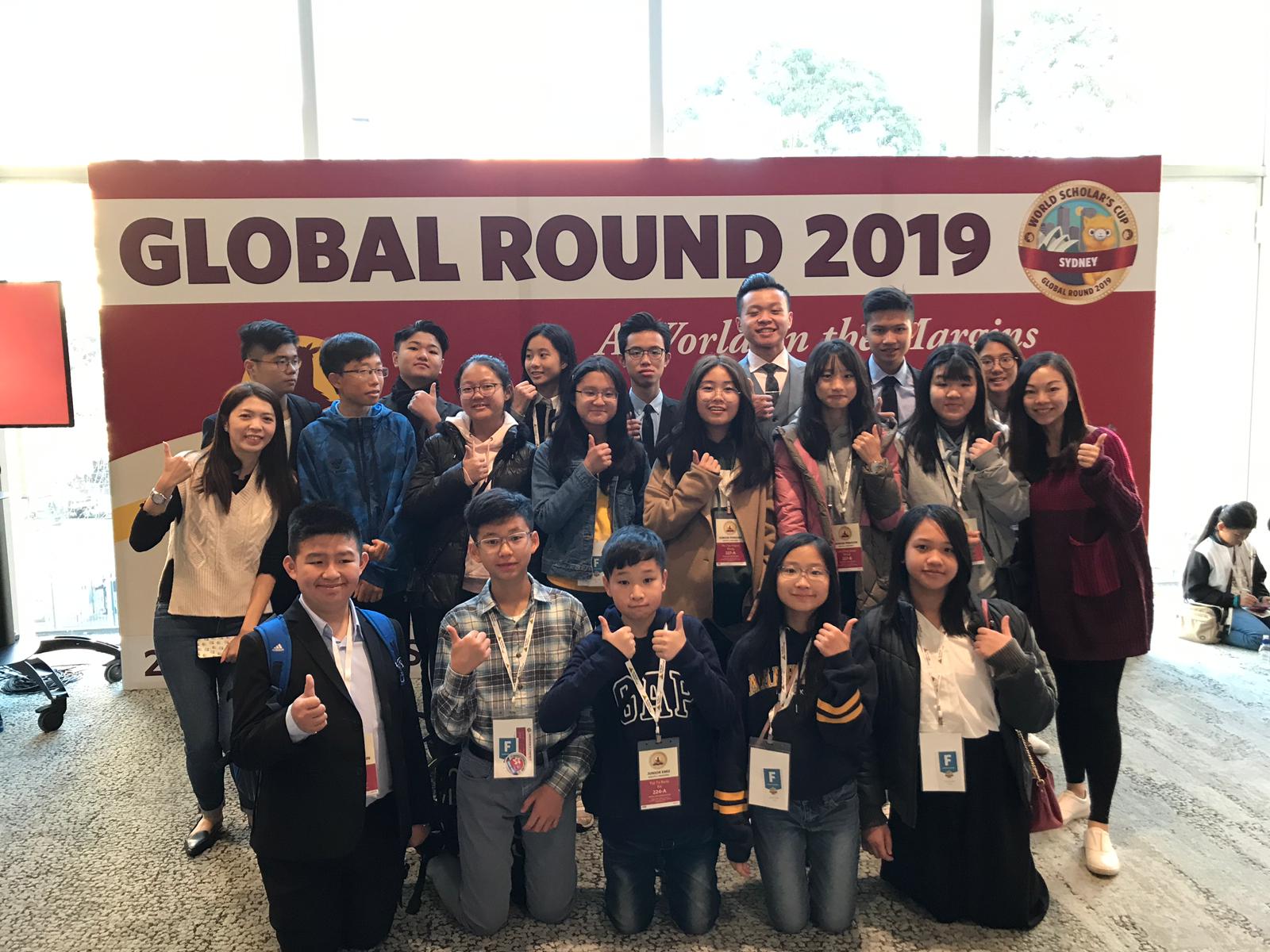 From Hong Kong to Sydney and finally to Yale, BHJS World Scholar’s Cup Team went through the cup’s Regional Round, Global Round and the ultimate Tournament of Champions, and brought back over 80 individual and team medals and trophies in 2019 – Debate Champions Gold Award, Writing Competition Gold Award and Top School Scholar Award, to name a few.

The World Scholar’s Cup is an international academic competition in which students compete against each other in six different subject areas namely Science, History, Social Studies, Literature, Art & Music and an additional Special Area which is decided by the organizer every year. The subjects revolve around a central theme – 2019’s being “A World on the Margins”. Participants are challenged in various formats such as debates, collaborative writing and quizzes.

Founded in 2007, the event aims to create something different than traditional academic competitions and conferences: a celebration of the joy of learning, a rewarding tournament and an enrichment opportunity that motivated students not just to demonstrate their existing strengths but to discover new ones. 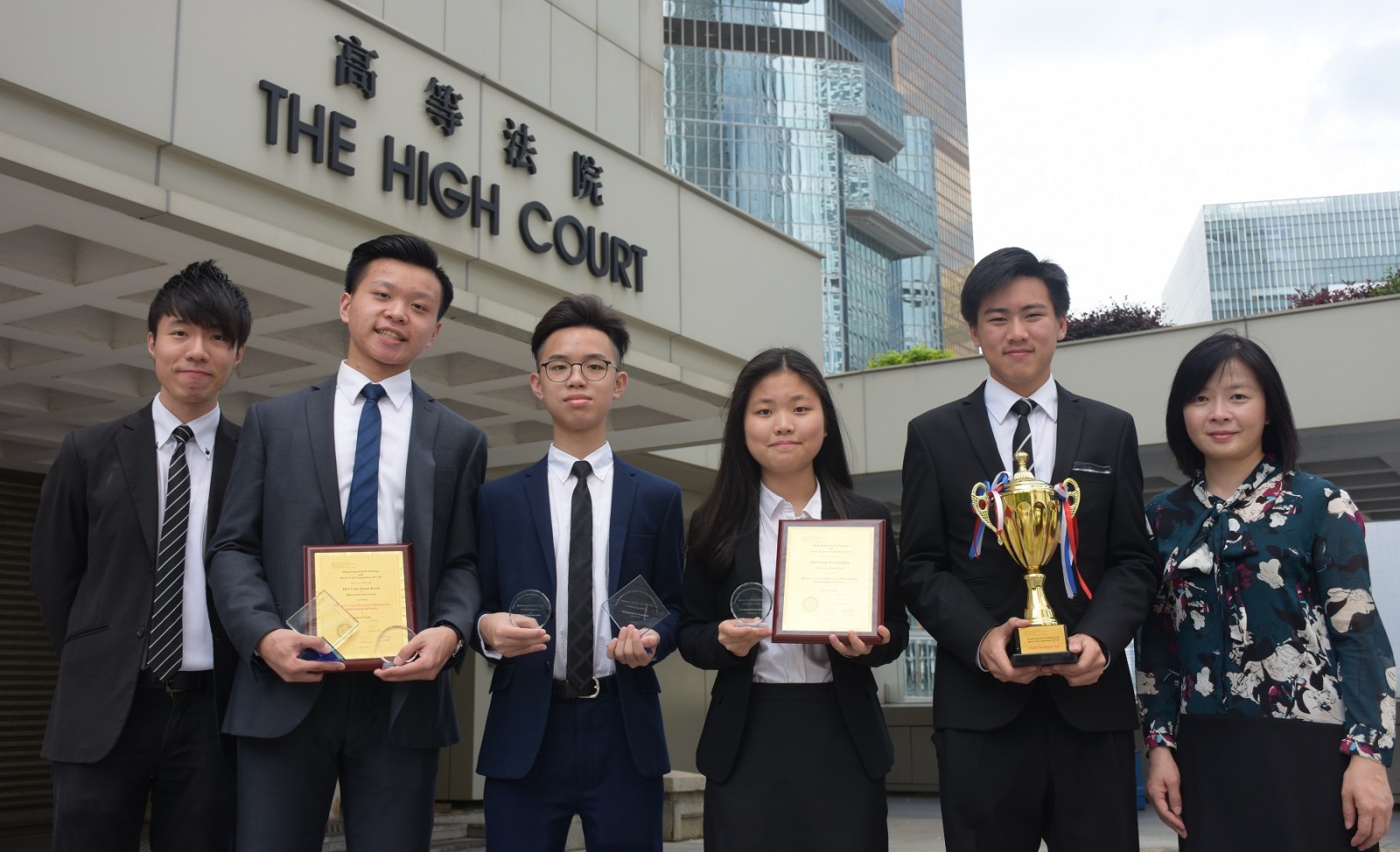 The English Debating Team has demonstrated their excellent debating and speech delivery skills through active participation in various competitions.

The team joined the Hong Kong Schools Mooting and Mock Trial Competition in two consecutive years. They brought back the Overall Second Runner-up together with three individual awards in their first year of participation in 2016-17. In the next year, the team achieved further success by winning the Overall First Runner-up and seven individual awards.

Established in 2015, the Mock Trial competition aims to allow local secondary school students to truly understand how justice is administered in Hong Kong. In the tournament, students have to read civil and criminal cases, analyze laws, and draft legal documents before standing in front of judges in moot courts.

In addition, the team advanced to the semi-final in the 32nd Sing Tao Inter-school Debating Competition (English Division). The team received their motion a week before each round and had to conduct extensive research on given topics. In the end, they brought back the Overall Second Runner-up as well as eight individual awards after five rounds of competition. 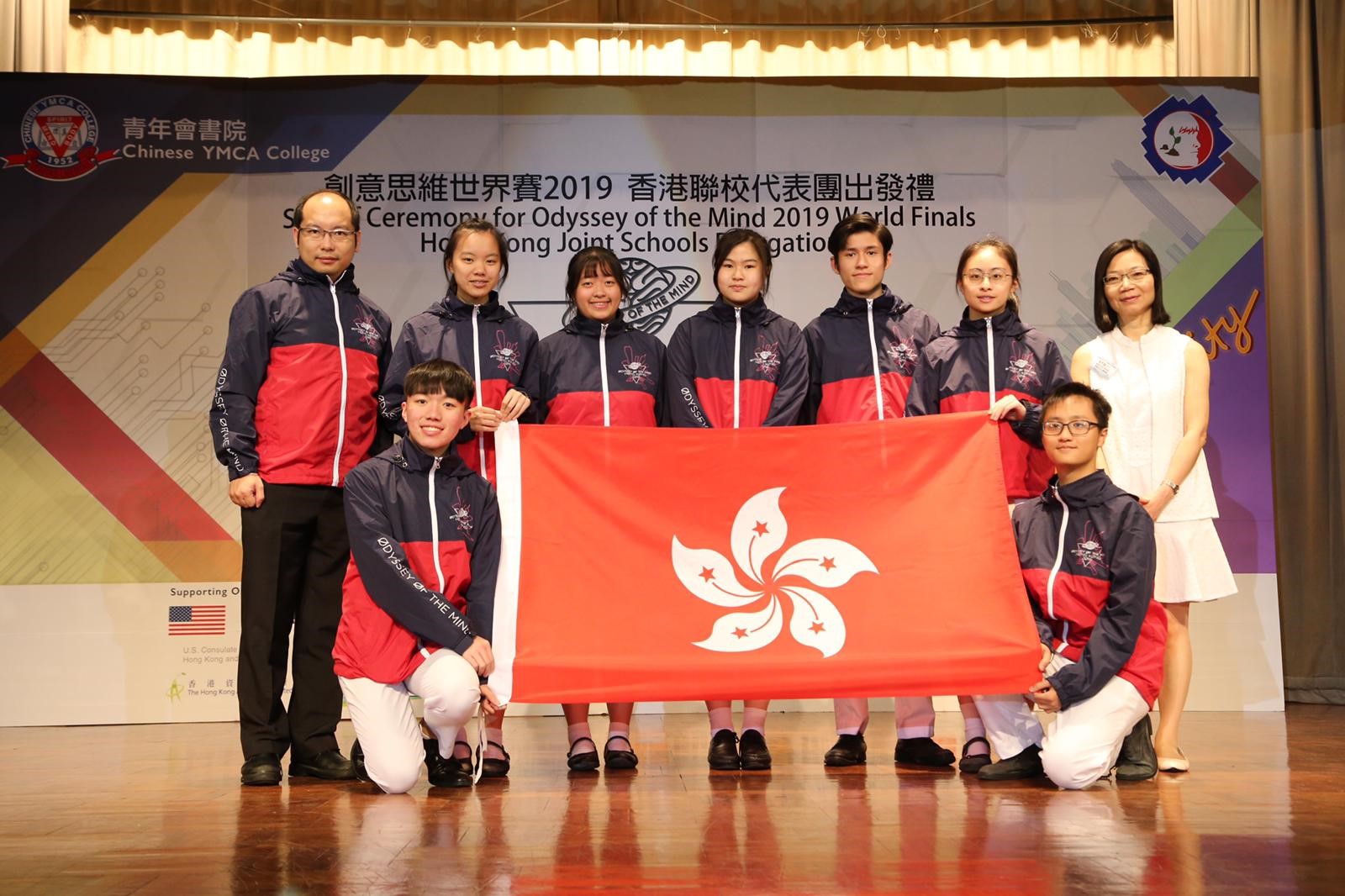 Odyssey of the Mind Team

In 2019, seven F.5 students teamed up to compete in the Odyssey of the Mind Hong Kong Regional Tournament. After solving a long-term problem and an impromptu problem in the contest, they won the First Runner-up in Problem 3 Division III and obtained eligibility to join the World Final held at Michigan State University in the US on behalf of Hong Kong, competing for the world championship with more than 900 teams from all over the world.

Founded in 1978, “Odyssey of the Mind” is a world-class educational activity originating from the US. It fosters students’ knowledge and skills in STEM/STEAM, creativity and innovation, and creates opportunities for students in overseas exchange, competition and learning to broaden their horizons. Participants are required to apply their STEM knowledge together with their creativity and artistic sense in solving problems under a lot of constraints. 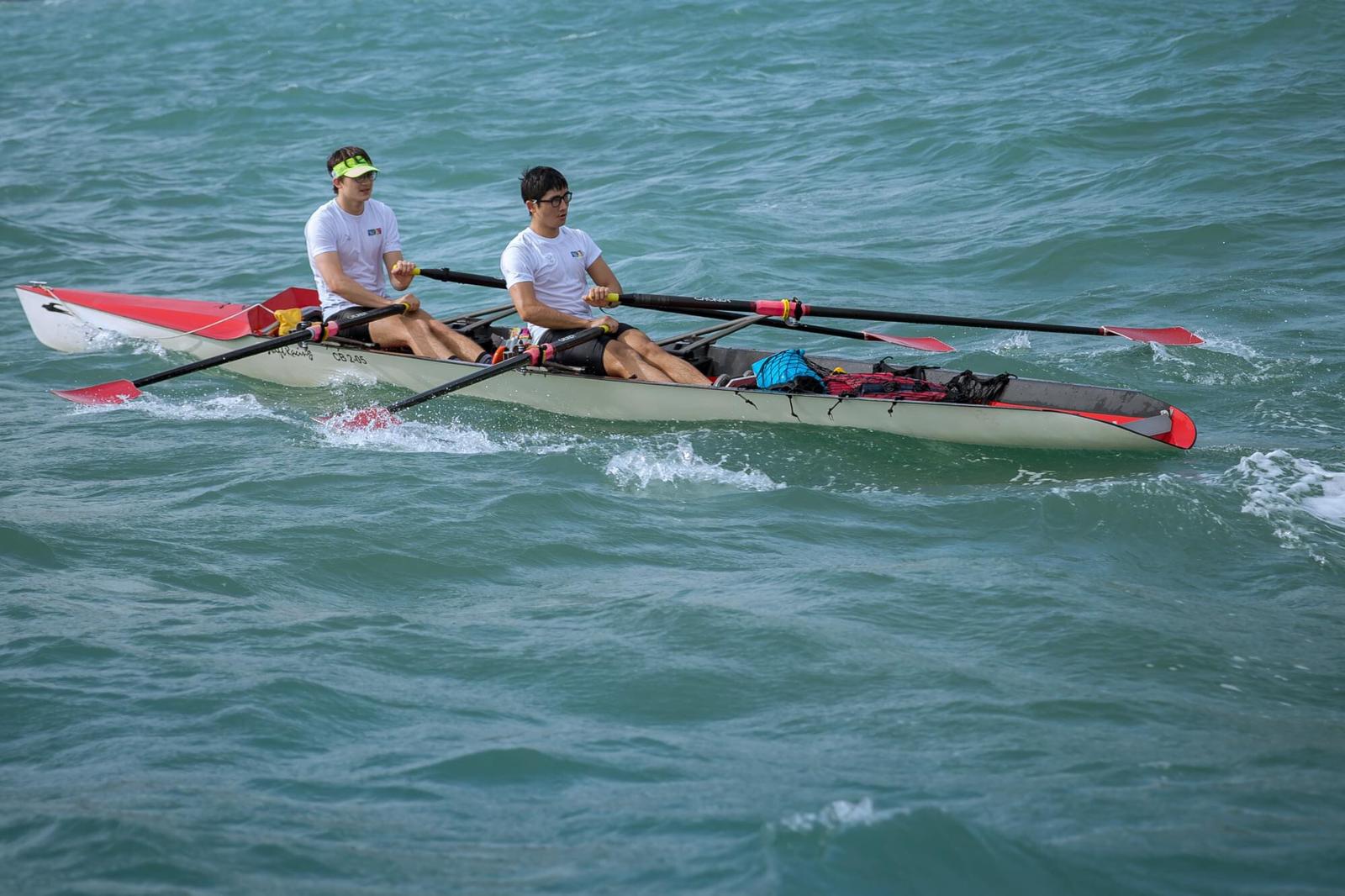 Locally, he came first in the Open Double Sculls in the Hong Kong Island Tournament by completing the race in 4 hours 29 minutes and 17 seconds with fellow rower Dylan Robinson. It was his first time to join this competition, making him the youngest ever participant in the tournament.

Au Yeung Ho Yat, a vibrant and energetic athlete, received the A.S. Watson Group Hong Kong Student Sports Award in 2020. Organized since 2005, the award aims to support local sports development and help to bring a new generation with a positive attitude and healthy life. Over 14,000 students are honoured so far through the award. 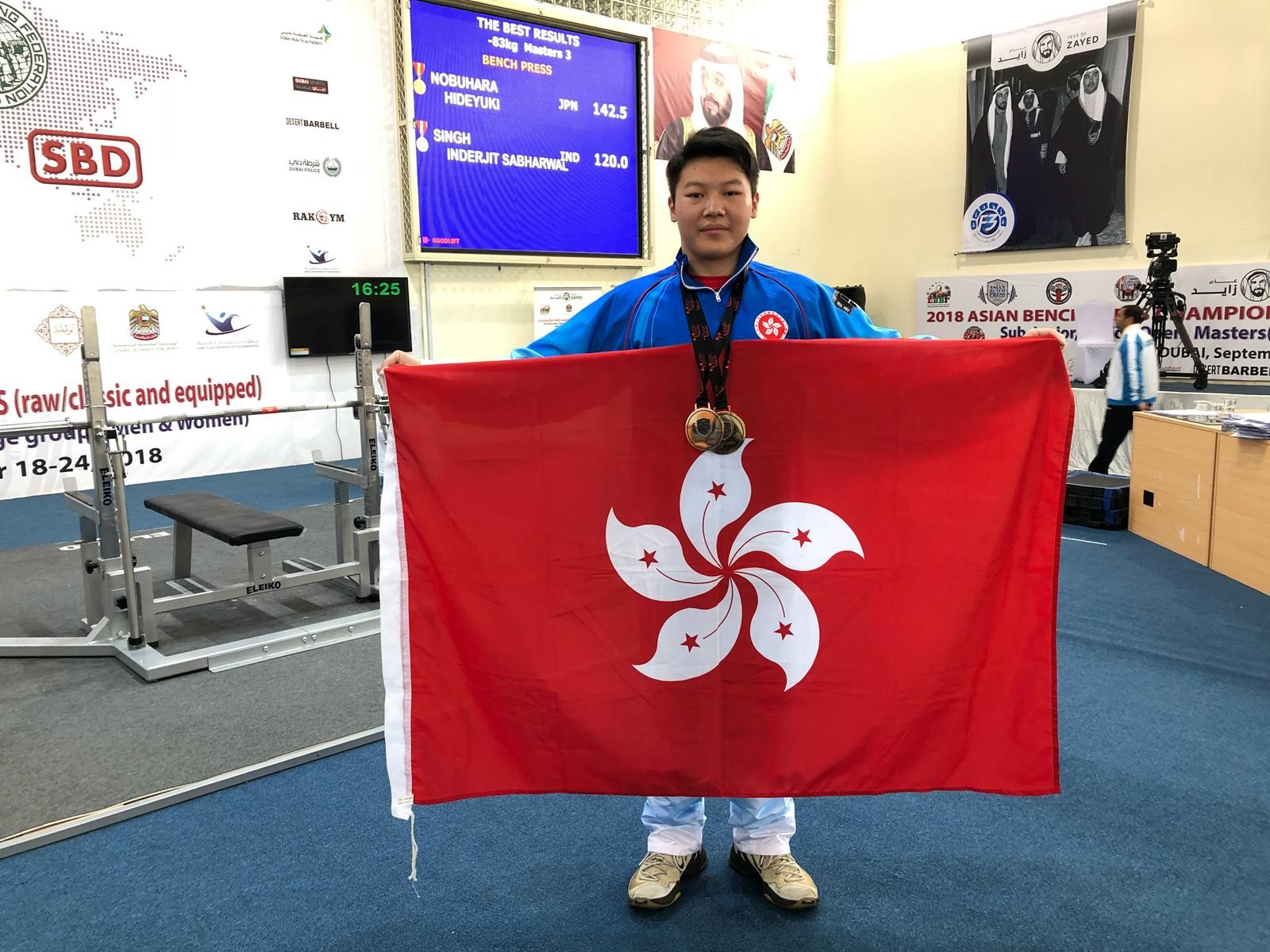 As a powerlifting athlete, 2019 graduate Choi Ka Hei took part in many international and local competitions on behalf of Hong Kong and brought back numerous awards.

In 2018, the BHJS Girls A Grade Basketball Team, which comprised seven players won through matches in the heats and the semi-final and advanced to the final of the HKSSF Inter-school Basketball Competition (Division 2 Kowloon). They eventually defeated their opponent by 46:41, winning the championship.

The girls have overcome numerous obstacles to attain the championship. As there were only seven players in the team, they barely had a chance of substitution. Every member had to get involved in the competition and play for the whole game. Coupled with heavy study workload, they worked hard to strike a balance between competitions and academic performance. With strong will and perseverance, even though they had lost some matches, the team eventually was able to reverse the situation and secure the final victory.